Many of you who play at Heart of America have been asking when we would mow the native areas down on the river course. I am happy to say that over the last week of November, we have successfully mowed down all of the native areas on the entire property. We had to wait a little longer this fall to mow all of it because some of the lower areas that hold water were still muddy from rain and snow. We plan to do a better job of keeping the native areas under control next season to create a more enjoyable experience for our patrons. 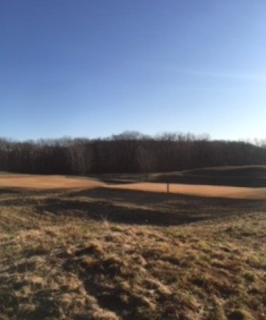 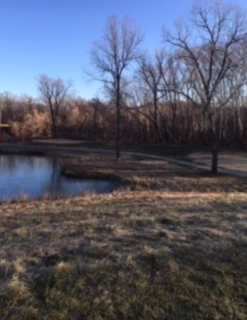 Posted by Back9 Marketing at 8:08 AM No comments:

Over the last month, the crew at Heart of America has made big progress on some projects, as well as stared getting the course ready for the coming winter.


As some of you have already seen, we finished the renovation of the cool season tee on hole number 9 on the River Course. It was a big project that we have wanted to do for the last couple of years. Although the tee has been completed we have decided to wait to open it until next spring, this will allow the new sod to knit itself into the soil and establish healthy roots before we open it for play. 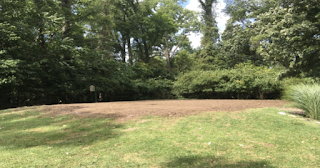 This was after shaping the tee and prepping for sod.

Posted by Back9 Marketing at 8:10 AM No comments:

We have recently started renovating the cool season tee on number 9 on the River course. We attempted to rebuild the tee in the fall of 2018 to help with drainage issues and to re-establish grass on the tee. The tee struggled over the 2019 season and it has come time to give it another shot. Over the last week in September we began clearing the tee top of all unwanted sand and weeds to create the desired surface for the new tee box. The next steps in the process will be to level the tee and lay down bentgrass sod. We believe that bentgrass will survive better in the current location, and it will make for a much better playing surface. Also by using sod instead of seed the tee will be open for play much sooner. 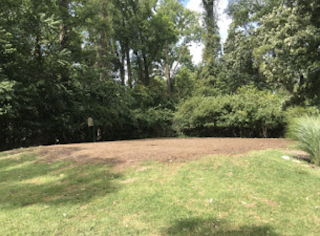 Posted by Back9 Marketing at 11:41 AM No comments:

There will be some changes at HOA in the near future. I have taken a new position out of state and will be leaving the course indefinitely.  The transition should be smooth, because in my place will be Sam Marlin taking over.

Sam has been with Orion for nearly three years now and is very familiar with the course. He served as my assistant for two years and has been the equipment manager this past season so he is well rounded in golf maintenance.

I have enjoyed my time here at HOA and I appreciate how great everyone treated me while I was here. I hope that the hard work I put in translated into some form of playability for our faithful patrons.

From myself, my wife Hannah, and my daughter Nicole, I want to say thank you for some great years here at Heart of America Golf Course and I wish the facility, the management, and the patrons well in the future. 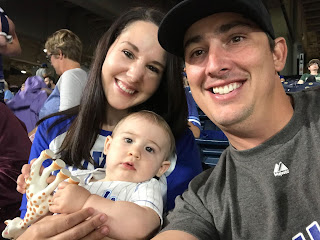 Posted by Heart of America Superintendent at 6:59 AM No comments:

Here is a quick update on Hole #7 of the River Course:

I've had many questions about what are plan is for number 7 on the River side so I'll take this time to outline our plan.

After all of the silt and debris cleanup was done, we started putting together a plan for repairing the lower tee and fairway.

With Zoysia prices as high as they are and knowing that this fairway will go under water again at some point, we do not think it is feasible to resod the entire fairway to Zoysia.

We will however be sodding the lower tee on #7 to make it playable as soon as we can. We will be borrowing sod from the far left side of the front fairway of the same hole to fill in this tee.

As far as the fairway goes, we have opted for a seeded-type bermuda grass variety. This is the reason the lower fairway is still roped off. The germination period for this seed is much longer than other seeds so even though we have had seed down now for a couple weeks we are just now starting to see some seedlings.

Our goal is to push this seed along with spoon-feeding fertilizer and aerification to close in the bare areas and make the fairway presentable again.

Much of these areas will fill in on their own when the soil temps are higher and the growing conditions are right for warm season grasses. In the mean time, we are doing everything we can within our budget to bring this hole back to life.


Posted by Heart of America Superintendent at 8:34 AM 2 comments:

The River Course has been closed for the vast majority of this month. I want to take a moment to explain why.

Most people are aware that the Blue River floods areas of our course during heavy rains. This month the course flooded numerous time and has taken a very long time to dry out.

There are a number of problems that come with this flooding. One major problem is the silt that is left behind. Anywhere water from the river has sat for any amount of time there will be a large deposit of silt material.
Another major hurtle we have to face is debris. Most of the debris washed up from the river ends up on the grass and must be moved in order to mow or allow play. In some cases debris will catch on the bridges rendering them unusable.  Once all of the water goes down and we are finally able to traverse that side of the course, extensive clean-up begins. I know that this if frustrating for golfers that want to play the river, but it is equally frustrating for us as well. Having multiple days where we are not able to get on the course means we fall further and further behind and it is extremely hard for us to catch back up.

Posted by Heart of America Superintendent at 6:04 AM No comments:

Why is some of the turf at HOA vibrant green while other areas are still yellow? I'm going to give you a crash course in cool vs warm season grasses as well as breakdown why the "transition zone" is a challenge to work in.


Let's start with the obvious: The fairways and tees stay yellow far longer into the spring than any of the other turf on the property. Simply put, that's because these areas are predominantly Zoysia Grass, which is a warm-season plant. In general, plants have two options of pathways to produce carbohydrates (food) via photosynthesis. These two pathways are known as C3 and C4. These are referred to C3 and C4 because of the number of carbon atoms in the chain produced by photosynthesis. Without getting into too much depth, for the sake of this document, you can just assume that these two processes differ in a number of ways. The broad way to look at this would be to say the two pathways produce energy in different ways. 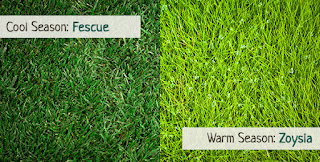 C4 grasses (warm season) are actually a great sign of evolution. The C4 pathway is just an evolution of C3 that makes that plants water imput much more efficient. This also has had some physiological changes in the plants. C4 grasses, and the whole reason we call them warm-season grasses, thrive in much warmer environments than C3. For example, C3 (cool-season grass, greens, rough, etc.) have an optimum temperature to fix carbon dioxide the most efficiently between 60 and 75 degrees. On the flip-side, C4 is most efficient between 80 and 95 degrees. So when you look out at all the yellow zoysia in the fairways in early spring, it's just because its not hot enough yet for the grass to start its photosynthesis process.

In addition to the temperatures, there are other obvious differences between C3 and C4. C3 (cool season) likes low heat, can tolerate lower light, and needs high moisture. C3 (warm season) is the exact opposite, it likes high heat, high sunlight, and can tolerate much lower moisture. So in general, we will water our cool season turf much more regularly than our warm-season turf.

So what is the "transition zone"? Well, if you are reading this you almost certainly are living in it. Basically, our climate here in Kansas City (and many other areas on the same general latitude) has weather so extreme both ways that we can grow both c3 and c4 plants. Even though this sounds like a good thing, its actually extremely hard. Essentially what it means is that for part of the season one form of grass is struggling and for the other part of the season the other grass is struggling. 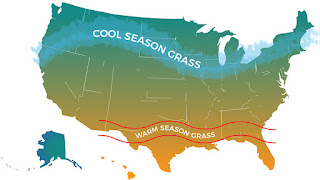 We have to strategically put the correct types of grass in certain areas to make for an optimum experience. C4 grasses do not hold up well in shade so you will likely not find much healthy Zoysia in shady areas on my course. Although C4 grasses excel in our hot summers here in KC, we can sometimes lose turf from out harsh winters. C4 grass goes dormant early and has to weather many months of cold while it survives solely on stored carbohydrates from the previous fall. C3 grass excels in the spring and fall, but struggles to stay alive in the harsh summer here. Much of the plants energy is being used to stay alive and effectively take up water, so it will often shut down other growth processes to simply not die.

Hope you learned something,
Enjoy the season.

Fun fact: only about 1% of all plants use the c4 pathway, and 60% of those are grasses
Posted by Heart of America Superintendent at 9:04 AM No comments: